Earthquake locations for the events around Mauritius

Figure shows the earthquake locations (red circles) for the events around Mauritius, between 2012 and 2014, not detected by any global network. The yellow triangle and the inverted yellow triangle represents the location of land stations (duration 2012–2014) and OBS (duration 2012–2013) deployed under the RHUM-RUM project, respectively. The red triangle denotes the permanent station MRIV. The magnitude of the events ranged between 1.2 and 2.5 as shown by the size of the circles. 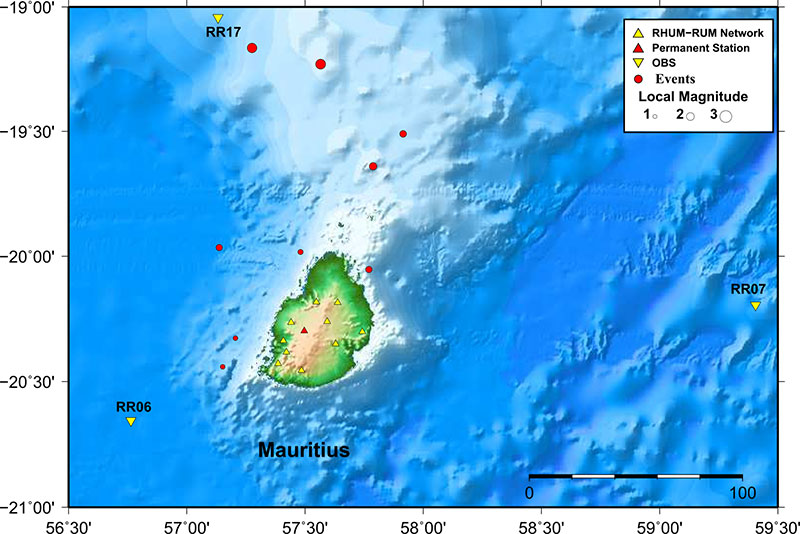